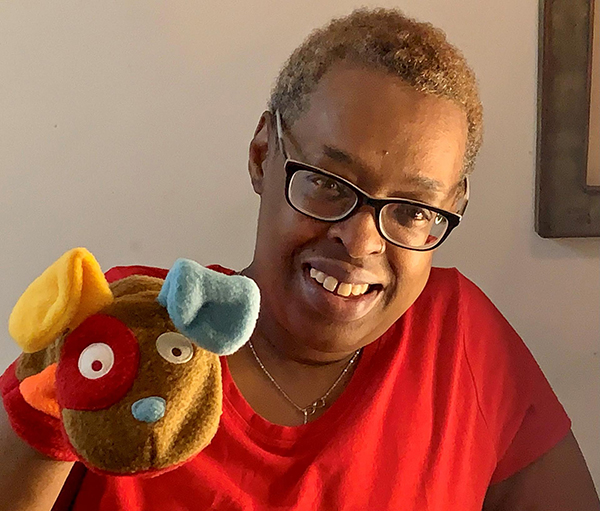 Strength and Support Brought Her Through the Storm

When Hurricane Katrina flooded 70 percent of New Orleans in 2005, Olivette Ford and her three boys lost everything they owned. They spent seven brutal days and nights living outdoors with thousands of other desperate survivors.

“Some things I remember - there were no toilets, so we had no privacy when going to the bathroom," she said. "The National Guard was there and it felt almost like they were holding us at gunpoint because they were nervous about controlling all the people. It was unbearably hot. Even the bottled water they gave us was really hot, but we drank it and were grateful for it because it was survival. I remember so clearly that when they put us on a bus to Houston the next week, they gave us ice cold water for the first time, and it was the  most refreshing thing I've ever experienced in my life.”

An exhausted Olivette and her family eventually made their way to Columbia, where her aunt lived.

“South Carolina really took care of us," she said. "They gave us lanyards to wear that allowed us to temporarily ride (buses) free and eat anywhere. They put us up in a hotel for 30 days, then found us a house.”

Olivette spent the next five years raising her three boys and staying busy with the usual sporting and school events. She became a Certified Nursing Assistant and worked at an assisted living facility. But as the kids matured, the depression and post traumatic stress caused by the hurricane grew increasingly intense. Physical health problems - congestive heart failure and painful arthritis - contributed to a deepening sense of despair.

“I had to stop work and I ended up moving in with a friend," she said. "But I couldn't contribute financially, and that led to conflict. A homeless shelter seemed like my only choice, and that's where I suffered a complete mental breakdown.”

Olivette spent two months recovering in the hospital. When she was released back to the shelter, a Mirci outreach worker came to visit her, offering help and support.

“Mirci worked fast to get me into an apartment," Olivette said. "The day they called the shelter to tell me to get my things packed, I couldn't believe it.”

As part of Mirci's wraparound care, Olivette began seeing Dr. John Steele who is a psychiatrist and Mirci's medical director, and she also met regularly with a Mirci mental health counselor. That stabilizing and supportive routine, along with Mirci's weekly therapeutic art classes, helped Olivette recover.

In time, the clouds begin to lift.

“I cried a lot when I first met with Dr. Steele, but that was in part because I felt so much gratitude," Olivette recalled. "As time went on, the feeling that I needed to give something back for all that people had given to me grew stronger.”

Eventually, Olivette volunteered to help operate Mirci's canteen at the Rosewood Drive clinic. Later she manned the clinic's front desk, an essential job she performed part-time for nearly a decade.

“I loved, it,” Olivette said. “I think it takes a certain personality to be the first face people see. By nature, I love giving people words of encouragement, and the clients took to me. They're still very happy to see me whenever we run into one another.”

In 2022, Mirci hired a full-time receptionist, so Olivette turned her energy to decluttering and rearranging donated apparel in the Mirci clothing closet.

Now 56, Olivette said that she enjoys a full and satisfying life today thanks in no small part to Mirci. She still lives in the apartment Mirci obtained for her more than a decade ago, and she still finds the rent comfortably affordable on her fixed income. The Mirci-provided therapy helps her focus on what she can control in life and let the rest go. Among other things, she said, this has helped her quit smoking and improve her diet to become healthier.

A creative person, she spends her days making decorative towel sets she sells online. (She credits another Mirci client with teaching her how to crochet.) She also works complex jigsaw puzzles to ease her anxiety, and she entertains her out-of-town grandchildren with puppet shows via FaceTime.

The day we spoke to Olivette, she mentioned she was looking forward to attending a concert at The Township.

“Years ago, I would have not been in a position to do anything fun like that for myself, but today I'm really living,” she said.

< Back to Recovery Stories